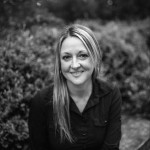 Most Magical Caves of the Southern U.S.

All opinions and recommendations are our own

Ready to explore some of the Creepy, Mysterious, and Most Magical Caves of the Southern U.S.?

If so, we’ve got you covered.

In today’s article, we’ll be taking a look at some of the most impressive caves in the Southern U.S. We’ll explore icicle-shaped formation known as stalactites and stalagmites, caves with “bacon” flowstone, and caves with magical entrances that stretch 126 feet wide and 25 feet high. We’ll also explore the rare caves that hold world records, how to choose which caves to visit, and how to make the most of your visit.

So, let’s get started!

Nestled within Humpback Mountain, part of the BlueRidge Mountains, lies the Linville Caverns. The caverns are located in Marion, North Carolina, roughly 36 miles east of Asheville, NC, and the only “show cave” in North Carolina that is open to the public. Getting to the caverns is a beautiful drive, and even more so, if you’re traveling during peak foliage season.

Bit of history: “In the early 1800’s a fishing expedition headed by Henry E. Colton, were astounded to see fish swimming in and out of what appeared to be rather solid rock.  A small opening in the mountainous terrain allowed them to enter the subterranean recess that is still home to native trout in an underground stream.”

What makes the Linville Caverns one of the Most Magical Caves of the Southern U.S.?

Ruby Falls, located in Chattanooga, Tennessee, is the nation’s tallest and deepest underground waterfall open to the public. Discovered in 1928, Leo Lambert and a team of excavators were uncovering a cave within Lookout Mountain when they discovered an awe-inspiring waterfall. The fall, later named after Leo’s wife, Ruby, would become the most treasured underground waterfalls in U.S. Cave History.

What makes the Ruby Falls one of the Most Magical Caves of the Southern U.S.?

Not far from Virginia’s Shenandoah National Park, located west of Luray, Virginia, you’ll find the Luray Caverns. The caverns have been drawing visitors since they were first discovered in 1878. One step inside the cavern and you’ll know you’re in Geology’s Hall of Fame. Luray Caverns is the largest and most popular caverns in Eastern U.S.

Currently, Luray Caverns is one of the few underground marvels that provides tours on all-paved walkways with step free entry. This allows the cave more accessible to all visitors now and in the future.

What makes the Luray Caverns one of the Most Magical Caves of the Southern U.S.?

Mammoth Cave National Park located in Mammoth Kentucky, is home to one of the Most Magical Caves of the Southern U.S. Opening in 1941, Mammoth Cave National Park is located in central Kentucky and compasses a portion of Mammoth Cave, the longest cave system known in the world. The cave system, a limestone labyrinth, has more than 400 miles (643km) of surveyed passageways. It is said that an early guide, Stephen Bishop, called the cave a “grand, gloomy and a peculiar place, ” but it was the massive passages that lead to the rotunda inside the main entrance that it earned the name – Mammoth.

What makes the Mammoth Cave one of the Most Magical Caves of the Southern U.S.?

Originally called Bat Cave, Cathedral Caverns was opened to the public in the 1950’s. The cave was later renamed because of its cathedral-like appearance and magical cave opening measuring 126 feet wide and 25 feet high. The Cavern is located in Woodville, Alabama and short drive from Huntsville.

Cathedral Caverns is know for it’s grand entrance but that is just the beginning of what the cavern has to offer. Once inside, you’ll explore some of the most beautiful formations ever seen. One of which is called “Goliath” – one of the largest stalagmites in the world, measuring 45 feet tall and 243 feet in circumference. Another such formation is a “caveman” perched atop a flowstone wall, a “frozen” waterfall, and a large stalagmite forest.

What makes Cathedral Caverns one of the Most Magical Caves of the Southern U.S.?

The Palace tour:
Offers an intimate and expertly guided walking tour, of 12 people or less, through almost two miles of highly decorated cave passages. Tour takes approximately 1 hour and 45 minutes. There are 360 stair steps but you go to a depth of 155 ft. below the surface.

The Group Tour:
Specialty, School, and large groups are invited to view the cave with advanced reservations. They offers group pricing and tax exempt rates where applicable.

The Photography Tour
Photography lovers can zoom in on the tiny, mineral rich, water droplets, capture rare, clear crystal helictites, and focus their cameras where they choose. This tour is a dream for photographers. Groups are given access to trails in an “unhurried” photo walk through one of the most beautiful caves in the world. And tripods are also allowed.

What makes Caverns of Sonora one of the Most Magical Caves of the Southern U.S.?

As with any trip, I’d like to offer some tips/hacks that have helped us over the years with trip planning.

I hope this list was able to provide you with some ideas for planning your next trip. Exploring Caves of the Southern U.S. can be fun, educational and a great way to enjoy nature. Happy Spelunking!

Have questions? Drop us a line.

5 Limiting Beliefs that No Longer Serve You | Overcome through Travel

Most Spectacular Christmas Displays | Southeast US

5 Limiting Beliefs that No Longer Serve You | Overcome through Travel
December 10, 2020
Most Spectacular Christmas Displays | Southeast US
December 2, 2020
Visit Florida’s Blue Spring State Park on your way to Orlando
November 1, 2020

We use technology such as cookies on our site to personalize content, provide social media features, analyze our traffic and improve your experience. It's with respect and compliance we want to make you aware of this. If you accept, please know that your privacy and information will never sold or distribute. Cookie settings
ACCEPT

Any cookies that may not be particularly necessary for the website to function and is used specifically to collect user personal data via analytics, ads, other embedded contents are termed as non-necessary cookies. It is mandatory to procure user consent prior to running these cookies on your website.